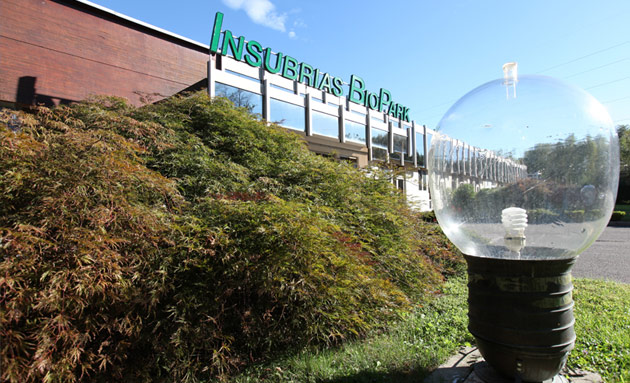 Increase the value of the territory

The Insubrias BioPark’s commitment to put into action mechanisms and projects that can activate territory’s development policies in a glocal view comes from the wish to increase the territory’s value. This doesn’t mean we have to limit our concern only to local processes, but it means to be consciousness about the inescapable bonds that, today, every place in the world has to share with the global dimension. This is particularly true for a place like the Insubria Region, which is industrialized, developed and located in a central position.

With this meaning and for these reasons, the identity that the Foundation gives to the Insubrias BioPark is “to be glocal”. This in intended as the will to adjust the globalization view to the development of strong local and territorial reality, and to create a modern transnational mentality. This is based on the certainty that, in the future, the Insubria Region will be able to perform an important role as a bridge between North and South Europe. Taking into account this optic, the Foundation wants to develop knowledge, technologies and research projects, involving the local actors of a global sector like the biotech and the pharmaceutical one.

Insubrias BioPark can boast of a great prestige and a big strategic importance in the pharmaceutical sector. This is because, during its twenty-years experience, a lot of important Companies and research groups passed through the Center, making it one of the most known and credited at an international level. In 1964, Marion Merrel Dow Research Institute started acquiring Lepetit Group. This operation ended in the ‘80s, because of the firm’s important discoveries during the years (like Rifampicina and Teicoplanina molecules). So, Marion Merrel Dow chose the Gerenzano’s Research Center as a strategic point for action. At this Center, several Companies followed one after the other. Each of those Companies produced important discoveries at the Center’s laboratories. Moreover, the Lepetit Group’s research activities about natural products with microbial origin were moved to this Center. So, in 1987, the Gerenzano’s Research Center became the Lepetit Group Research Center. For a lot of years, Lepetit Company has been the excellence, at a global level, for pharmaceutical research, in particular in the field of research and development of antibiotics. In December 1996, after a management buyout operation, Biosearch Italia s.p.a. entered the Gerenzano’s Research Center. Biosearch Italia s.p.a. stood out for a research activity with great results, thanks to the Ramoplanina’s development and, after the merger with the American Company Versicor Inc (that’s how Vicuron Pharmaceutical rised), for the Dalbavancina’s creation. Both Ramoplanina and Dalbavancina are anti-infection molecules. The extreme importance of these two molecules is confirmed by the following presence of the American colossus Pfizer Inc that decided to acquire the newborn society and to purchase both the Research Center and the discoveries’ patents. The hinge of the Center’s research activities was the chemical diversity obtained from one of the biggest collections of microorganisms able to produce active ingredients. After the Vicuron’s buyout, Pfizer decided to give to FIIRV some research assets. The choice was due to the fact that FIIRV was the organization that offered the best guarantees about the ability to take value from these assets. A further confirm of its value, is that Pfizer gave to the Foundation the Research Center too. All the above passages and alternations prove the central role the Research Center had in these years. Till today, the research and development of new antibiotics with natural origin for prevention and treatment of infective diseases was the primary activity. In the future, the Foundation would like to advertise itself also as an active protagonist in the applied biotechnologies sector.